Shame and guilt are two very common types of emotional trauma. They are hard to deal with because they often don't have a visible cause, so you may have been feeling this way for years without understanding why. Find out how emotional freedom techniques can help you heal from shame and guilt in this article!

4 types of trauma
There are many different types of trauma that people can experience. Some of the most common include physical, sexual, emotional, and psychological trauma.

Deep emotional trauma can have a lasting impact on a person's life. It can cause them to feel disconnected from others, disconnected from themselves, and lead to a range of other mental and physical health problems.

EFT works by helping to release the emotions that are trapped in the body after a traumatic event. This can help to reduce the symptoms of post-traumatic stress disorder (PTSD), anxiety, depression, and other conditions.

EFT can also help to heal shame and guilt. After a traumatic event, it is common for people to feel ashamed or guilty about what happened. These feelings can prevent them from moving on with their lives. EFT can help to release these emotions so that people can move on with their lives.

Universal Emotional Freedom Technique (UEFT) is an updated and simplified progression to the old EFT technique. Redesigned by a scientist, TCM practitioner and healer, the UEFT therapy has been gaining better results in less time, with no decreased SUD scores. Instead of lengthy tapping sequences to remember, UEFT can be performed in less than 1 minute, via 2 main points, to gain emotional freedom during any difficult life situation or challenge anywhere, anytime for when any emotion arises when remembering past traumas.

According to a study published in the Journal of Nervous and Mental Disease, EFT was as effective as cognitive behavioral therapy (CBT) for treating PTSD. The study involved 80 veterans in South Korea who were randomly selected to receive either CBT or EFT treatment for PTSD. The participants completed questionnaires during the study and again six months later to determine how well each treatment worked for them. The researchers found that both treatments were equally effective at reducing symptoms of PTSD, depression, anxiety, and nightmares .

The authors of the study concluded that PTSD patients who respond poorly to conventional treatments might benefit from EFT.

Gain the same benefits of EFT and more, with UEFT.


Other health conditions that have benefited from Emotional Freedom Technique Therapies.

There is a great deal of evidence to suggest that EFT can help reduce and even eliminate the pain associated with migraines. A 2014 study in the journal Evidence-Based Complementary and Alternative Medicine reviewed previous studies on this topic and found that “EFT was effective in reducing migraine frequency, symptoms, severity, disability, and psychological distress in individuals with chronic migraine.”

A 2010 study published in Pain Research & Management investigated whether EFT could reduce FM symptoms like widespread pain, fatigue, insomnia, headache, and tender points. Results showed that EFT reduced pain to a greater degree than the “sham” treatment. Even more exciting, the positive effects of EFT lasted for up to six months after the conclusion of treatment sessions. Have you tried EFT? What were your results?

Gain the same benefits of EFT and more, with UEFT. Plus, you will learn EFT in this course too!

How can UEFT be a beneficial tool in your life for healing emotional trauma?
There are many different types of trauma that can occur in a person's life. Some traumas are more severe than others, but all can have a deep and lasting impact on a person's emotional well-being.

One of the most effective ways to heal deep emotional trauma is through the use of the Emotional Freedom Technique (EFT). EFT is a type of energy psychology that helps to release negative emotions that are trapped in the body.

EFT has been shown to be particularly effective in healing shame, guilt, and other deep-seated emotions. It is also an excellent tool for forgiveness work. 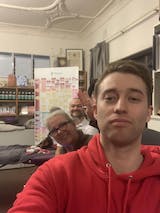